Leaders are made, they are not born. They are made by hard effort, which is the price which all of us must pay to achieve any goal that is worthwhile. -Vince Lombardi 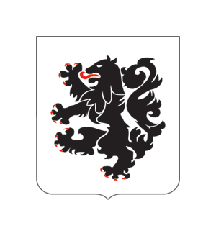 The Black Lion Award is given in memory of Major Don Holleder, former West Point All-American who died in combat in Vietnam on October 17, 1967 and the men of the Black Lions – the 28th Infantry Regiment – who died with him that day.

The Black Lion Award is NOT an individual award in the same sense as a Most Valuable Player award, because it is intended to go to a player who “best exemplifies the character of Don Holleder: leadership, courage, devotion to duty, self-sacrifice, and above all, an unselfish concern for the team ahead of himself.”

Don Holleder, the inspiration for the award, was a “coach on the field.” His coach put the team’s welfare in his hands because he knew that Don put his team first and would do anything for his team to be successful. His teammates admired him and looked up to him. They knew he would do anything for his team. They listened to him. His leadership made the others around him want to work harder and play better. If he had to leave the field, the team suffered from the loss of his leadership and inspiration. He was a man who charged  into the line and charged into battle. “Leadership” is the first of the Black Lion Award criteria, and – except for the case of a player’s inability to play due to an injury – in our opinion it is necessary to be a regular, and a fairly good player at that, in order to command the respect of other players, to be a strong leader. To be one that the other players look  to and respond to.
Upper Cape Spartan Aiden Sullivan was nominated and awarded the Black Lion in 2013.

The 14 leadership traits are qualities of thought and action which, if demonstrated in daily activities, help Spartans learn respect, confidence, and loyal cooperation of others. It is extremely important that you understand the meaning of each leadership trait and how to develop it, so you know what goals to set as you work to become a good leader and a great teammate.

Justice is defined as the practice of being fair and consistent. A just person gives consideration to each side of a situation and bases rewards or punishments on merit.  Be honest with yourself about why you make a particular decision. Avoid favoritism. Try to be fair at all times and treat all things and people in an equal manner.

Judgment is your ability to think about things clearly, calmly, and in an orderly fashion so that you can make good decisions. You can improve your judgment if you avoid making rash decisions. Approach problems with a common sense attitude.

Dependability means that you can be relied upon to perform your duties properly. It means that you can be trusted to complete a job or a task. It is the willing and voluntary support of your teammates, coaches, teachers and parents. Dependability also means consistently putting forth your best effort in an attempt to achieve the highest standards of performance.  You can increase your dependability by forming the habit of being where you’re supposed to be on time, by not making excuses and by carrying out every task to the best of your ability regardless of whether you like it or agree with it.

Initiative is taking action even though you haven’t been told to do something. It means meeting new and unexpected situations with prompt action. It includes using resourcefulness to get something done without the normal material or methods being available to you.  To improve your initiative, work on staying mentally and physically alert. Be aware of things that need to be done and then to do them without having to be told.

Decisiveness means that you are able to make good decisions without delay. Get all the facts and weigh them against each other. By acting calmly and quickly, you should arrive at a sound decision. You announce your decisions in a clear, firm, professional manner. Practice being positive in your actions instead of acting half-heartedly or changing your mind on an issue.

Tact means that you can deal with people in a manner that will maintain good relations and avoid problems. It means that you are polite, calm, and firm. Begin to develop your tact by trying to be courteous and cheerful at all times. Treat others as you would like to be treated.

Enthusiasm is defined as a sincere interest and exuberance in the performance of your duties. If you are enthusiastic, you are optimistic, cheerful, and willing to accept the challenges. Understanding and belief in your team and teammates will add to your enthusiasm for your job. Try to understand why even uninteresting jobs must be done.

Bearing is the way you conduct and carry yourself. Your manner should reflect alertness, competence, confidence, and control. To develop bearing, you should hold yourself to the highest standards of personal conduct. Never be content with meeting only the minimum requirements.

Courage is what allows you to remain calm while recognizing fear. Moral courage means having the inner strength to stand up for what is right and to accept blame when something is your fault. Physical courage means that you can continue to function effectively when there is physical danger present. You can begin to control fear by practicing self-discipline and calmness. If you fear doing certain things required in your daily life, force yourself to do them until you can control your reaction.

Knowledge is the understanding of a science or art. Knowledge means that you have acquired information and that you understand people. Your knowledge should be broad, and in addition to knowing your job, you should know your teams policies and keep up with current events. Increase your knowledge by remaining alert. Listen, observe, and find out about things you don’t understand. Study your plays, manuals and other literature or media.

Loyalty means that you are devoted to your family, team, peers, your coaches and community. To improve your loyalty you should show your loyalty by never discussing the problems of the UCS with outsiders. Never talk about teammates, coaches or other members unfavorably in the presence of others. Once a decision is made, execute it, carry it out as if it were your own.

Endurance is the mental and physical stamina that is measured by your ability to withstand pain, fatigue, stress, and hardship. For example, enduring discomfort during a conditioning march in order to improve stamina is crucial in the development of leadership. Develop your endurance by engaging in physical training that will strengthen your body. Finish every task to the best of your ability by forcing yourself to continue when you are physically tired and your mind is sluggish.